Linda Newman is an internationally recognised teacher, guiding and sharing her wisdom for more than 35 years. She is the founder of Journey To Yoga, and the creator of Sadhana Yoga teacher trainings, and PURE Balance Pilates trainings. She has trained hundreds of teachers worldwide, is a Indigoluna Ambassador and frequently presented at Yoga and Fitness conferences. Linda has dedicated her life to improving lives through lectures, writing, practice, teaching, leadership, service and family life.

A highly respected teacher she is known for making the deepest aspects of yogic science practical and accessible to audiences from all walks of life, from corporations to yoga teachers and students of all levels. Having studied closely with two great traditional yoga masters, Linda is one of only a few Australians transmitting an authentic, living tradition, one that has been practiced and handed down from teacher to student for thousands of years. 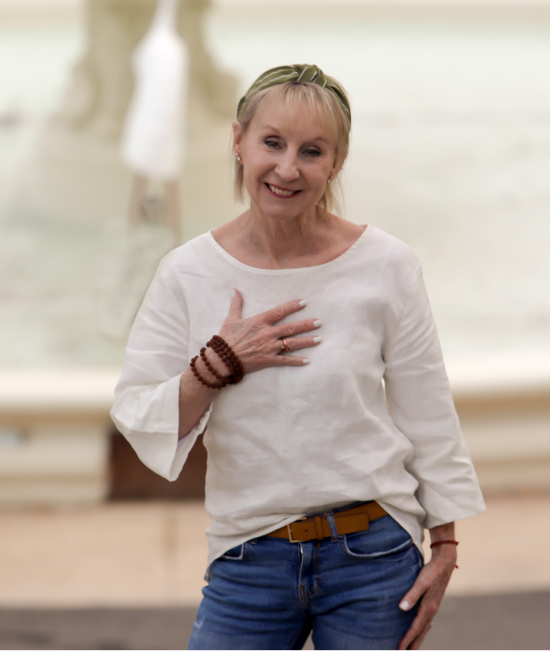 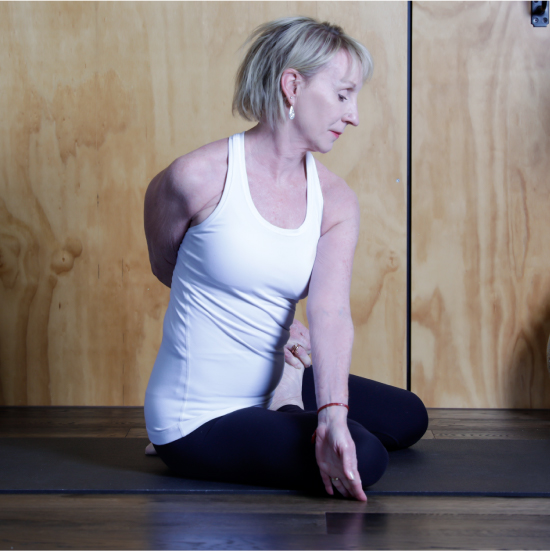 Raised in the UK, Linda attended the Central School of Art & Design, London, in addition to studying yoga abroad. Her yoga journey began at the age of thirteen when she practiced Hath-Raja yoga. Called to teach early, she taught her first class while still a student in London.

A decade later, while living in Singapore, Linda began lecturing and led her first teacher training. During this time she took her first practice with David Swenson, a pioneer of Ashtanga yoga in the West. What followed was fifteen years dedicated to the study and practice of the Ashtanga system with internationally renowned masters.

Linda came to Australia more than two decades ago, became a lecturer for the Victorian Fitness Academy and the Byron Bay Yoga Centre whilst pioneered Mat Pilates, Ashtanga Yoga and Vinyasa yoga in Geelong.

Since 2008, Linda has been a student of AG Mohan in the tradition and lineage of T. Krishnamacharya - the most influential Yoga teacher of the 20th Century and “Father of Modern Yoga”. In 2013 Linda became the first Australia student to study Sri Dharma Mittra.

After decades of study and intensive practices with internationally renowned Yoga masters, Linda founded Pilates&Yoga Styles as a resource for the time-tested wisdom of the yoga tradition and authentic Pilates. She launched world class comprehensive teacher trainings. Most recently, founding Journey To Yoga, a sanctuary inspired by traditional teaching and the true gifts of yoga.

A sincere practitioner of the spiritual disciplines of Patanjali’s eightfold practise Linda is renowned in the community as a teacher with warmth, dedication and boundless enthusiasm and energy.

Your quality of life is determined by the quality

I’m so excited to share with you that Activating

I’m inviting you to my FREE, live Yoga For The H

Wishing a day of love and rememberance celebrating

Ready to teach your own Pilates mat or reformer Pi

Anytime you find yourself dwelling in old negative